Our Motorsports is a North Carolina based team, owned and operated by Massachusetts native, Chris Our. Competing in both the NASCAR Whelen Modified Series and the ARCA Menards Series, Our Motorsports has had much success between the two competitive series. 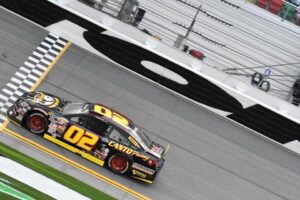 “We’re excited to be expanding to compete in the NASCAR Xfinity Series in 2020. NASCAR’s marketing platform offers an opportunity like no other for both our existing partners and potential new partners. We have a great group of employees at Our Motorsports, who continue to work hard to grow the team. I am looking forward to getting to Daytona in February and seeing the No. 02 on the track,” said team owner, Chris Our.

Managing the team is NASCAR Whelen Modified Champion and driver, Andy Seuss. Seuss, a New Hampshire native, has been competing under the Our Motorsports banner for over two years, in the ARCA Menards Series, as well as managing the day-to-day operations of the race team in Statesville, North Carolina. While Seuss is expected to drive the No. 02 Chevrolet throughout the season, an official driver line-up will be announced in January.

“Chris Our has been a huge influence and supporter of helping to continue the dream of competing at the highest level in NASCAR,” commented Andy Seuss. “He is a great guy, whose passion for motorsports has helped countless drivers over the years live their dreams to compete for wins every weekend.”

In addition to competing full-time in the NASCAR Xfinity Series, Our Motorsports will continue to compete part-time in the ARCA Menard’s Series, fielding the No. 02 Chevrolet, starting at Daytona International Speedway, the weekend prior to the Xfinity season opener. Our Motorsports will also have a full display of the NASCAR Xfinity program at CONEXPO, “North America’s Largest Construction Trade Show,” in Las Vegas in March 2020.